I watched Adam McKay's "The Big Short" over the weekend and it opened my eyes. The film depicts the four players who predicted the housing bubble collapse of the mid-2000's. Investment banking's greed and lack of foresight, left me with two burning questions.

'The Washington Post' , emphasises what was on the line when Brad Pitt's character (Ben Rickert) explains what the consequences would be if their predictions of the credit and housing bubble collapse were correct. As staggering as it is, reducing people to numbers allows bankers to quantify and define their decision-making processes. If the 'experts' had done so they would have saved us all from much pain and suffering.

These four guys were looking at the same numbers as everyone else, but with one key difference: they were asking different questions.

In order to predict a pattern of events, they took 3 main steps.

First, ask the right questions in order to identify problems and opportunities. Remember- 'Correlation does not imply causation'; it is therefore imperative not to approach the data with a mindset of trying to find problems within the numbers. This is not to suggest that identifying and examining outliers is redundant, as this can help formulate a thesis; however, it is important not to draw immediate conclusions from correlations within the data. Instead, as was the case with the characters in the film, it is important to ask the right questions to derive and identify a hypothesis.

The reason so few predicted the collapse of the housing bubble was due to an institutional belief that required thinking outside of the norm in order to ask the right questions.

Second, use data to validate the thesis. Thesis validation requires domain expertise, as this enables one to assimilate and determine which variables to examine and have an influence over the outcome of events. Look at outliers, anomalies, and abnormalities, especially when the current thesis does not align with the norm, as unusual behavioral patterns at each end of the spectrum can lead to a new definition of normality.

Betting against the majority view of the American economy the four arrived at their conclusions through different routes. The film does a great job in illustrating their gradual realisation of the factors that were going to lead to the imminent collapse. Comparative analysis of historical events, i.e. The Great Depression; data sampling, face-to-face conversations and visiting the places where suspicious sub-prime mortgages were evident. They each realised that their initial reservations were substantiated by the data and the evidence on the front line.

Consequently, once the variables have been determined, the model for validation was built and tested.

Third, deploy the model and evaluate the results. Testing how the thesis holds in a number of scenarios and examining the outcomes shows whether it needs to be reworked. Once finalised, the theory in predictive form stands the test of time to determine whether the variables ultimately align and the subsequent outcomes mirror the model.

If nothing else, I hope this helps you understand the formula for making rational decisions based on predictive analytics. Even more that such decisions benefit the majority of us.

Shipley and his partner Charlie Geller (John Magaro) get a sober lesson from their mentor Ben Rickert (Brad Pitt) in what it means to bet against the American economy. “If we’re right, people lose homes, people lose jobs, people lose retirement savings, people lose pensions. You know what I hate about f—— banking,” Ben tells them. “It reduces people to numbers. Here’s a number for you: for every 1 percent unemployment goes up, 40,000 people die. Did you know that?” 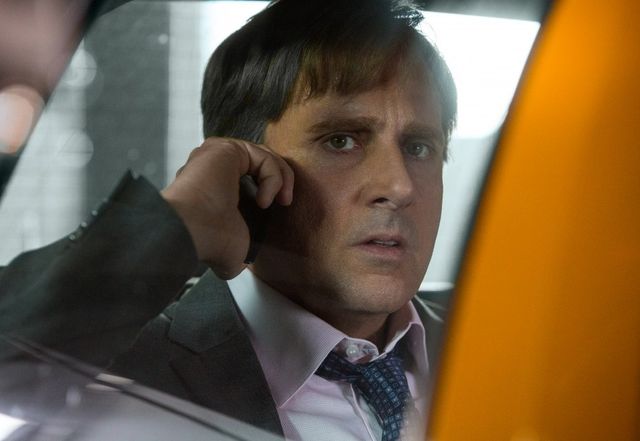 "How do you make poor people feel wealthy when wages are stagnant? You give them cheap loans." - The Big Short https://t.co/dMXNcHMSVt

I saw the movie The Big Short about the financial crisis of 2008 and Michael Blurry foreseeing the collapse and investing on "water"...

How to successfully launch a tech product in a b2b organisation
David Kirk, Freddy Dobinson

Differentiating yourself in a digital world: Why you need to tell YOUR story
Freddy Dobinson
Recent posts from Freddy's Passle